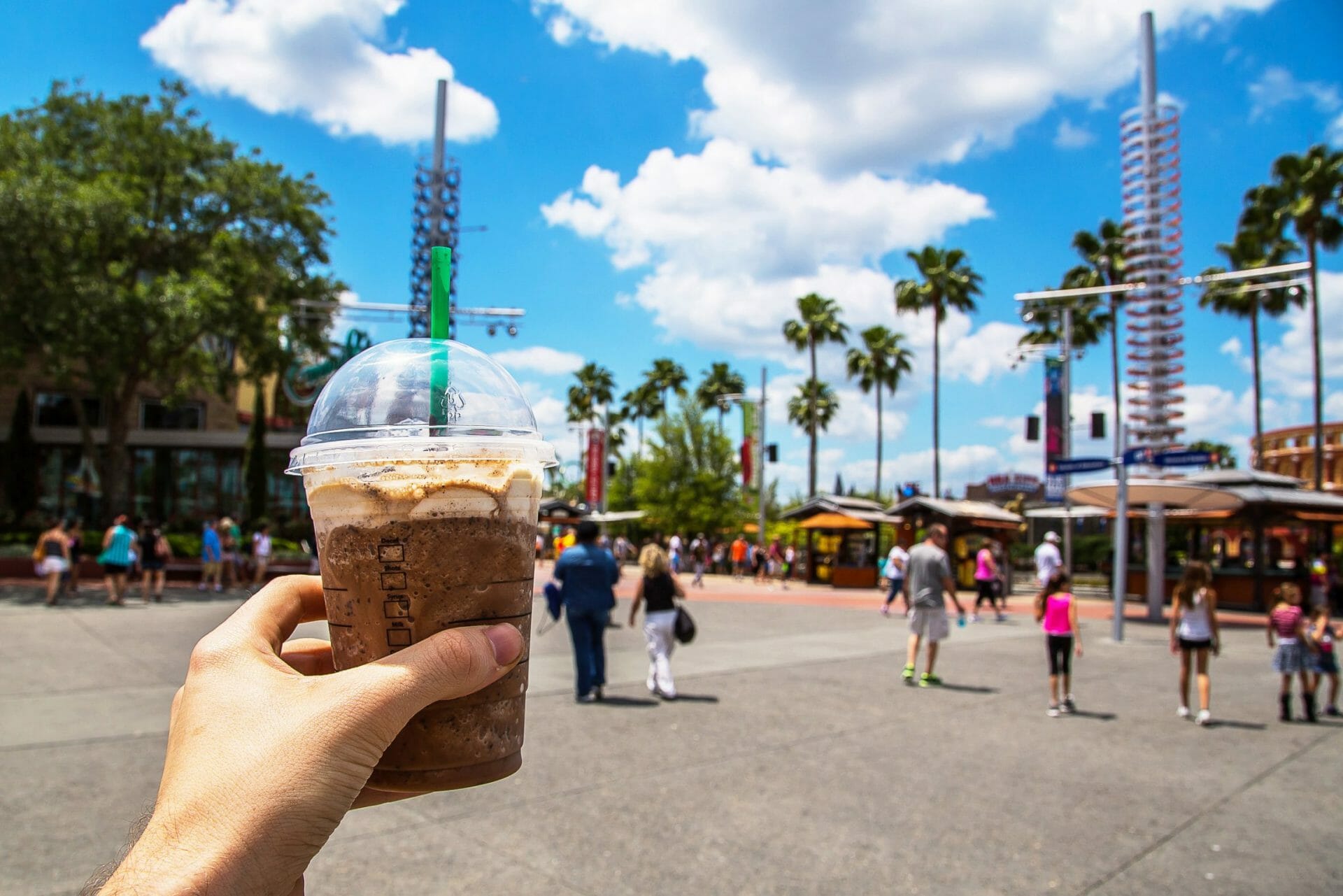 The City of Orlando is nicknamed “The City Beautiful” and its symbol is the fountain at Lake Eola. Orlando is also known as “The Theme Park Capital of the World” and in 2014 its tourist attractions and events drew more than 62 million visitors.  The Orlando International Airport (MCO) is the thirteenth busiest airport in the United States and the 29th busiest in the world.

As the most visited American city, Orlando’s famous attractions form the backbone of its tourism industry: Walt Disney World Resort, located approximately 21 miles (34 km) southwest of Downtown Orlando in Bay Lake, opened by the Walt Disney Company in 1971; the Universal Orlando Resort, opened in 1999 as a major expansion of Universal Studios Florida; SeaWorld; Gatorland; and Wet ‘n Wild. With the exception of Walt Disney World, most major attractions are located along International Drive. The city is also one of the busiest American cities for conferences and conventions..

If you are planning a trip to Orlando, here are some of its top attractions that you may want to consider seeing on your trip:

From eating fine dining fare from celebrity chef Emeril Lagasse’s restaurant to listening to great music every night at Jimmy Buffet’s Margaritaville, you are sure to have a good time. There are also plenty of shops to visit and you can even enjoy a fun round of miniature golf at Hollywood Drive-In Golf.

While there are great places for the entire family to enjoy, this is also one of the most popular Orlando Florida attractions for adults that want to spend a leisurely day at CityWalk without going to a theme park.

Popularly known as Magic Kingdom, when most people think of visiting Walt Disney World, this is the first thing that comes to mind. The most popular theme park in Walt Disney World Resort, Magic Kingdom is composed of 6 different areas and has a wide range of fun attractions and rides. The 6 areas of the Park are:

Whether you are taking a trip to Magic Kingdom with your family or you are simply an avid Disney fan, there are enough attractions that it can take a few days just to see and do everything in the Park. Some of the most popular attractions are Splash Mountain, Pirates of the Caribbean (which was recently upgraded), and The Haunted Mansion.

The entire park is worth experiencing and could take 3 or 4 days to see everything. That said, you can still see single areas of the park in a day trip. If that’s what you decide to do, make sure you stay for the classic Magic Kingdom firework show above Cinderella’s Castle.

If there is one theme park that could rival the popularity of Disney’s attractions, it is Universal Studios Florida. This Florida attraction is half of Universal Orlando Resort (the other half we will get to later) and is composed of themed areas based on some of the movie studio’s biggest hits.

The latest attraction, the Wizarding World of Harry Potter, spans both Universal Studios Florida as well as Islands of Adventure. It has two separate rides as well as a reproduction of the famous Diagon Alley which is home to shops inspired by the film. Other popular rides at Universal Studios Florida include Revenge of the Mummy, the Shrek 4-D experience, and the classic E.T. Adventure dark ride.

Gatorland may not be as popular as Universal Studios or Magic Kingdom, but it is a great place to visit if you are in Florida and want to learn more about the wildlife of the area. Sprawled over 110 acres, Gatorland is half theme park, half wildlife reserve, and is home to thousands of local alligators and crocodiles.

Some of the main attractions that make this one of the best places to visit in Orlando are the live shows that involve the animals such as watching alligator wrestling. There is also a train known as the Gatorland Express that travels through the park so you can sit and enjoy seeing alligators, crocodiles, and other local animals in their natural habitat.

The latest attraction to Gatorland is the 1200 feet zip line that you can zip down. As you travel down the zip line, you will be several stories above the ground and have a unique view as you glide over alligators and crocodiles living below.

The Orlando Science Center is a science museum located in Orlando that is perfect for science enthusiasts visiting alone or for taking your child out to an educational field trip. The Orlando Science Center has 6 floors, each with their own main attraction exhibits. Many of the exhibits take a hands-on approach that allows guests to interact with each exhibit and learn about science in a fun way.

One of the most popular attractions is the DinoDigs exhibit on the 4th floor that features full-scale replicas of dinosaur fossils. The 6th floor is home to the Crosby Observatory that is open at select times for stargazing which is a must-see if you are visiting at the right time.

Westside is known for being home to the Planet Hollywood restaurant that contains the actual shrimping boat used to film Forrest Gump. Westside also has many other restaurants and shopping areas including the new AMC Disney Springs 24 that has drive-in theaters.

The Landing is an area that is home to The Empress Lilly, a replica building that looks exactly like a steam powered riverboat. Inside The Empress Lilly, there are many different restaurants such as the Fisherman’s Deck and Empress Room. The famous Fulton’s Crab House is also located here.

The Marketplace, as the name suggests, is a large area of the complex that has many different restaurants and shopping areas.

SeaWorld Orlando is half amusement park, half marine zoological park, and is known for its live entertainment involving aquatic life. The entire park is separated into different locations, each known as a sea, and consist of a variety of rides, entertainment, shops, and dining locations.

Some of the most entertaining rides in SeaWorld that make it one of the most popular places to visit in Orlando include the Journey To Atlantis as well as the wide range of family friendly rides like Swishy Fishies and the Sea Carousel. There are a number of exhibits that allow an interactive experience like the Turtle Trek which gives guests the opportunity to see and learn about sea turtles, complete with a 360-degree dome theater.

Most people visit SeaWorld of the live animal attractions. There are a number of shows at SeaWorld that feature stadiums for large aquatic life. Of them, the most popular is the Shamu Stadium which features the killer whales of SeaWorld. Others popular live shows include the Sealion Show as well as The Dolphin Stadium.

In addition to the exciting activities, SeaWorld is also a large aquarium featuring a full underwater tunnel that allows visitors to see the wide range of sea life held at the park including sharks, stingrays, and fish.

Legoland is an amusement park located in Orlando, Florida that is one of the best places to visit if you are a fan of Lego or want a great experience for you and your children. No matter how old your children are, there are a lot of things to experience at the theme park.

There are 4 different roller coasters in Legoland that are perfect for people who want to enjoy a rollercoaster without them being too over the top—most of the coasters at Legoland are very mellow.

Located with the 150-acre theme park is also Cypress Gardens, home to many different attractions such as the famous giant Banyan Tree and the water ski show. The water ski show is an entertaining comedy show featuring performers in giant lego suits.

Miniland is the main attraction at Legoland and if you are looking for one of the most entertaining family oriented places to visit in Orlando that is a fun, unique experience this is one of the best choices. At Miniland in Legoland, there are over 50 million Lego bricks masterfully used to build entire scenes and landscapes. From seeing an entire Lego made Miami beach to football stadiums and a replica of downtown London, kids and adults alike will marvel at the constructions made at Legoland.